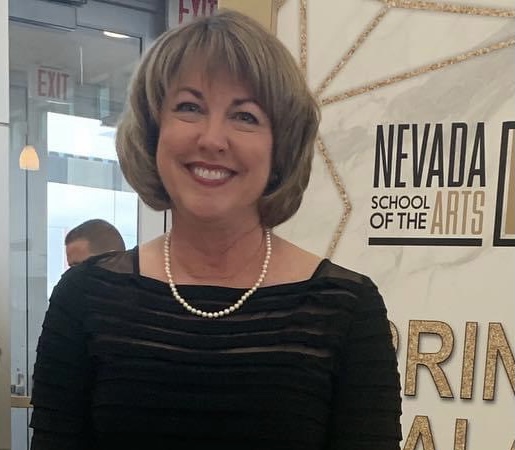 Robin Reinarz received her Bachelor’s Degree in Music Education from the University of Arizona where she studied cello performance with Gordon Epperson. She taught String Education in the Clark County School District for 4 years, and worked with the Las Vegas Youth Orchestras for 17 years. She currently works as a Para Professional with high school cellists at the Las Vegas Academy. Mrs. Reinarz has taught both Suzuki and traditional cello at Nevada School of the Arts since 1995.

Robin has been a member of many orchestras in the Las Vegas Valley accompanying many great performers such as Andrea Bocelli, Luciano Pavarotti, Placido Domingo, Frank Sinatra, Paul Anka, Wayne Newton, Vanessa Williams and Alisha Keyes. She currently is Principal Cellist with the Las Vegas Philharmonic.

Robin is married to Karl Reinarz, assistant principal violist in the Las Vegas Philharmonic and they have 2 grown children, James and Heather who attend college at the Cleveland Institute of Music, and the Hartt School of Dance respectively.

Reinarz was the recipient of the 2006 Nevada American String Teachers (ASTA) “Studio Teacher of the Year Award”.