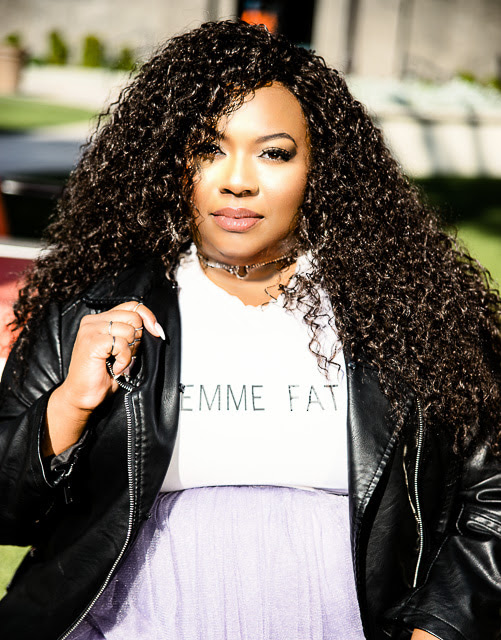 American Soprano, Lillian Channelle grew up in Germany due to her father’s service in the United States Army where she lived for a total of 11 years until the age of 13. Her background in Europe helped shape her love for opera. Shortly after her arrival to the United States, she was introduced to Opera and has continued on this road ever since. Channelle ability to sing with a rare beauty and size is perfect for Verdi and Puccini roles. Her infinite color palate is capable of reaching the very core of her audiences.

While in residency at the prestigious Academy of Vocal Arts (AVA), Lillian appeared with the Philadelphia Chamber Orchestra as Alisa in Lucia di Lammermoor, Fidelia in Edgar, and Marguerite in Faust. She also appeared in their Annual Oratorio Concert, An Evening of French Grand Opera, An Evening of Verdi, An Evening of Russian Arias, all as featured soloist in their concert series.

After her time at AVA, Ms. Channelle spent time at the University of Kentucky. While there she performed the title roles in both Madama Butterfly and Suor Angelica. She also performed in various concerts for The Lexington Society of Arts and Letters, the Governor’s Mansion, and in live broadcasts for KET/PBS.

While in New York, Ms. Channelle appeared with numerous organizations. Highlights include her solo debut with Avava Artists Presents as Miranda in Leslie Adams’ The Blake Suite, where she worked with the Composer in New York City. She performed this role at the Schomburg Center for Research in Black Culture and the opening concert for the 52nd Annual National Opera Association Convention; as well as the Chamber Music Live Series “Salute to Black Composers” at Queens College, NY.

In addition, Ms. Channelle performed Fiordiligi in Mozart's Cosi Fan Tutte under the baton of Willie Anthony Waters with the Martina Arroyo Foundation. She also debuted with Union Avenue Opera and the Black Repertory Theater in nine performances of Serena in Gershwin's Porgy and Bess in St. Louis. While in New York, she made her debut as Aida with Hudson Opera Theater and Delaware Valley Opera under Maestro Ron De Fesi. Other debuts include the Mother in Humperdinck’s Hänsel und Gretel with the New York Opera Project, the Long Island Premiere of M. Roger Holland II’s, Tribulation Suite, and Beethoven’s Mass In C with the Choral Society of the Hamptons in New York. During her seven year New York tenure, Ms. Channelle made regular appearances as soloist and soprano section leader with the Ephesus Ensemble, 1st Presbyterian Church and the A.M.E. Zion Church.

Lillian has traveled and performed extensively. Some of her noted performances are; guest solo performances with Carson City Symphony and the Ocean City Pops Orchestra of NJ. Ms. Channelle performed as soloist with Eduardo Műller and the AIMS Festival Orchestra (Austria) and Tito Capobianco's Portland Opera Institute. She performed Sister Alice and covered Madame Lidoine in Dialouges des Carmelites under the direction of Maestro James Conlon with the Aspen Music Festival. She also sang Liu in Turandot under the baton of Maestro Bruno Rigacci at the International Institute of Vocal Arts. Ms. Channelle has also performed throughout Spain with the American Spiritual Ensemble where they had the opportunity to perform at the world renowned Santander Internacional Festival. Her solo was broadcast on the Spanish National Radio with the King and Queen of Spain in attendance. During her time at Chautauqua Opera, she made her debut as the Second Appartition in Macbeth and Dodo in Merry Widow.

Other noted highlights for Ms. Channelle include; Featured Soloist at the Luxor Casino and Hotel for the Rainbow Coalition Aids Benefit Show, the Women of Diversity Stars Benefit Show, Las Vegas Opera's rehearsals as Mona for Daron Hagen's premiere recording of Bandanna and Opera Goes Primetime Concert. She was soprano soloist in the Rutter Magnificat with the Delaware Philomusica Chorale in Philadelphia, Metropolitan Opera Regional Finalist Showcase Concert with the Metropolitan Opera, An Evening of Mozart with the California Opera Association, and Opera in the Park with Palm Springs Opera Guild. Ms. Channelle performed as a contracted singer for Borders, Books, Music, and Café for a period of 2 years.

Ms. Channelle recent performance include Soprano Soloist in Handel’s Messiah with Voccalis International. For the past two summers, Ms. Channelle presented a solo concert and voice seminar for Artes Educative Coros y Orquestas de Honduras organization in Tegucigalpa, Honduras. Ms. Channelle was also a guest vocal clinician and lecturer for the Asociación Panameña de Flautistas festival at the Conservatorio Nacional de Música de Panamá and Universidad de Panamá in 2017. Ms. Channelle was also featured as the soprano soloist in the world premiere of Tony LaBounty’s latest composition, Promise of Plenty with the UNLV Wind Symphony in Artemus W. Ham Concert Hall. Additionally, she performed and produced a private concert for the Classical Music Club at the Starbright Theater, performed the role of Madame Lidoine in Dialogues des Carmelites with Voccalis International and performed a solo lecture concert on Women Composers in the Hattie’s House Concert Series with the Gateway Arts Foundation (NV).

In 2016, Ms. Channelle was chosen to study Slavic Song with Bernarda Fink at the Britten-Pears Young Artist Program, Aldeburgh Music Festival, in England. She was provided with full travel, accommodation, and subsistence during her stay.

Lillian Channelle is Founder and Executive Director of Voccalis International, and holds a Master of Music and Doctor of Musical Arts degree from the University of Nevada Las Vegas.

“The highlight of the performance for me involved Aida, the lead soprano Lillian Channelle, singing a kind of conversation with the oboist...the hauntingly beautiful “O Patria Mia.” TOM KANE, The River Reporter, NY.

“On Opening night, Lillian Channelle was perfect in the Prima Donna/Ariadne role, very much the diva. She had the difficult task of singing some of Strauss’ most beautiful music while appearing ridiculous doing it. Her rich soprano was more than up to the task as was her comic acting.” Richard Davis, Las Vegas Review Journal

The Sandman with Sin City Opera