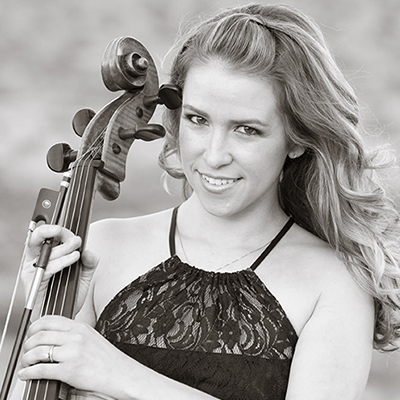 As a performer, Mandy has toured all over the United States and Canada. She has performed in the Richmond Indiana Symphony Orchestra, Miami Symphony Orchestra, Miami Bach Society Orchestra, Las Vegas Philharmonic, the Nevada Chamber Symphony, and with Chamber Music Charleston. Most recently, Mandy spent two years performing with Shania Twain in her show Still the One. She has also played for several Broadway shows, with multiple electric string ensembles, and is a founding member of the String Chix trio. Over the past few years, Mandy has shared the stage with a wide variety of other artists including Rod Stewart, John Legend, Hunter Hayes, and Carol King. Her television and film credits include: Shania Twain: Still the One, Beyonce: I Am Yours, David Foster & Friends: The Hitman Returns, and the PBS special From Dust to Dreams: Opening Night at the Smith Center.

In addition to being a teacher and performer, Mandy is a marathoner, triathlete, and a new mom!